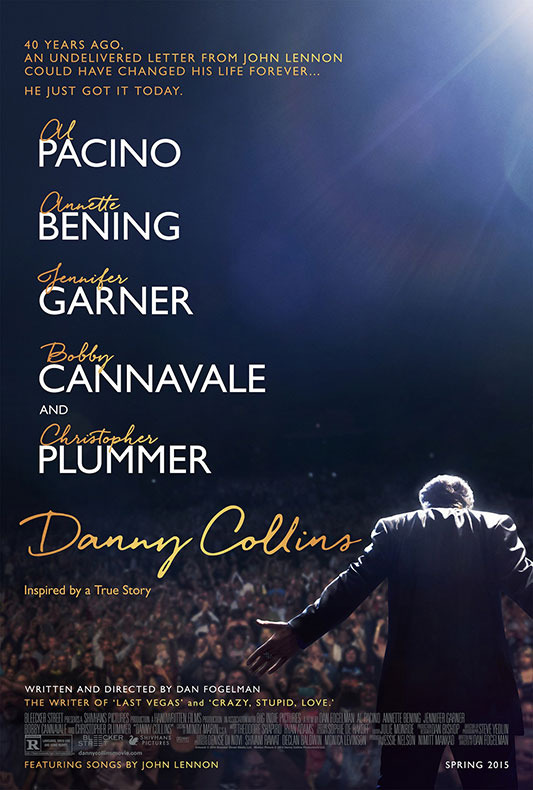 Al Pacino does his best acting in years as an aging legendary rock star trying to reconfigure his life. DANNY COLLINS, loosely based on a true event, has an unexpected genuineness for the first 50 minutes. Then the story takes a turn toward feeling a little too familiar as Pacino’s character attempts to reconcile with his estranged son (Bobby Cannavale). This plot point isn’t bad, but for the first 50 minutes it is great to see Al Pacino as a 74 year-old rock star acting with 85 year-old Christopher Plummer (Collins’ manager); not exactly a story you see everyday on the big screen. Annette Bening and Jennifer Garner also give good supporting performances. And kudos to writer/ director Dan Fogelman who has a nice touch directing the family scenes.

The biggest problem with THE GUNMAN is that at times the story seems to be working at the highest end of a television soap opera. This over-the-top dramatization at times sinks this well intentioned action thriller. Everything else in the film is okay if not good. Sean Penn is good as an action star at the age of 54. However, I would have loved to have seen him in this role twenty years ago. Javier Bardem, unfortunately, almost single-handedly sinks the film when he telegraphs his character’s intentions and his on-the-nose bad guy performance that is inconsistent with the tone of the rest of the film. Jasmine Trinca is also good as the woman that Penn and Bardem fight over, but is too much the “damsel in distress” for my taste. 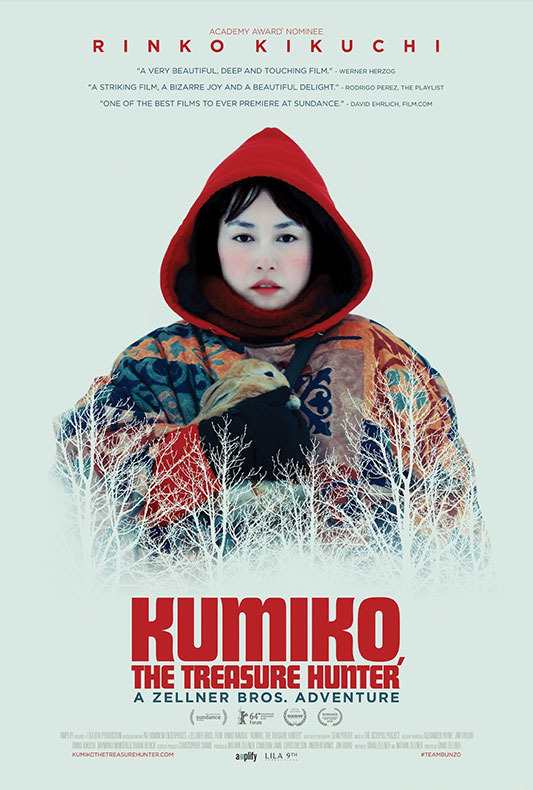 Slow. Meandering. Glum. Disappointing. Four words that perfectly describe KUMIKO, THE TREASURE HUNTER. Rinko Kikuchi plays a bored and disturbed Japanese young woman who seeks the money that Steve Buscemi’s character buried in the film FARGO. Interesting, right? No. Besides a few interesting scenes between Kikuchi’s character and the Minnesotans that she meets after she arrives in the U.S.A. from Japan, this film is not interesting and it should go on the large pile of the much beloved “vulture” indies that don’t need to be seen by the general public. Instead of wasting your time watching this film, watch the far superior FARGO. That will be 98 minutes well spent, and it’s 7 minutes shorter than KUMIKO. A win-win. 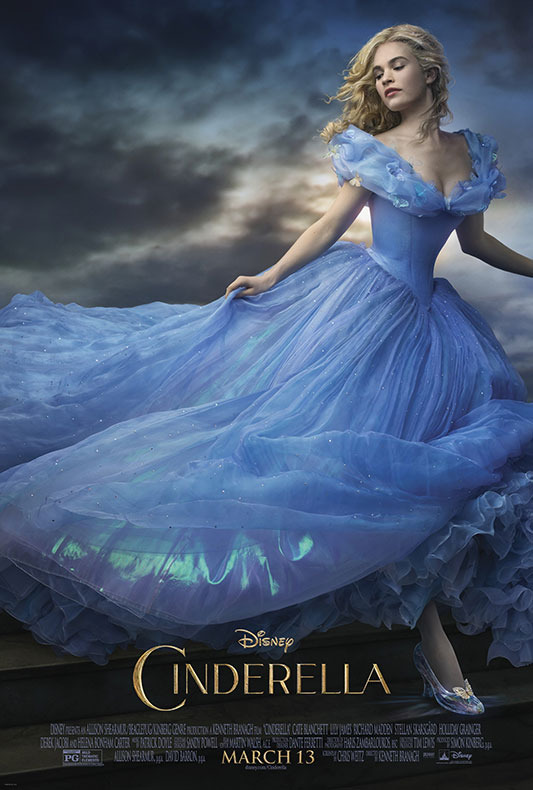 Director Kenneth Branagh does a great job bringing a well known fairy tale to the big screen. Branagh, an actor himself, has assembled a great cast that adds legitimacy to a story that could easily be cartoonish. Casting a young lead can always be tricky, and Branagh was smart to cast Lily James (she looks like a young Jessica Lange) who brings a glow, warmth, and beauty that is necessary for the part. Cate Blanchett (our greatest living actress!) is deliciously evil–in a good character-way–as Cinderella’s devious step-mother. Richard Madden, best known for his turn on “Game of Thrones”, is physically perfect as the bright blue-eyed Prince. And kudos should go to the film’s production designer and three-time Oscar winner, Dante Ferretti, who created a magical world. 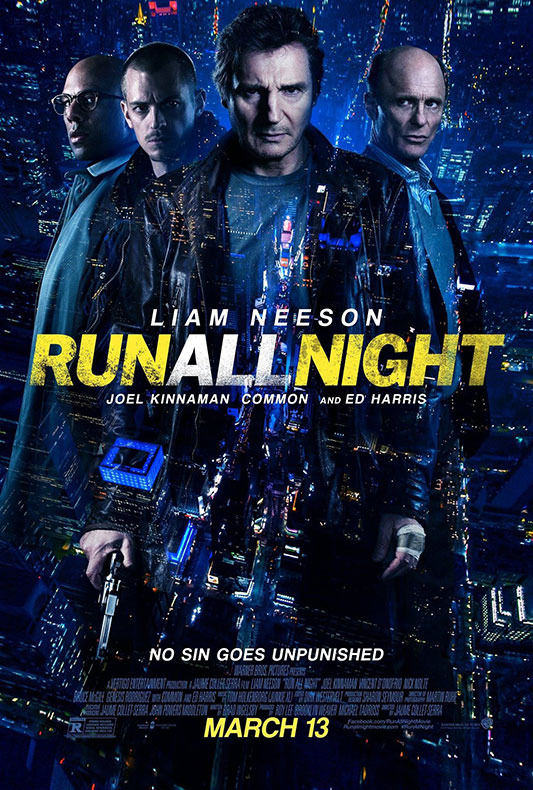 RUN ALL NIGHT is the third collaboration between director Jaume Collet-Serra and Liam Neeson (the previous being NON-STOP and UNKNOWN), and it is perhaps their best. Neeson is solid (as expected) as a guilt-ridden former Irish mob hit-man. Joel Kinnaman is okay as Neeson’s estranged son, but he hits a similar acting note throughout the film. Ed Harris is also good as he attempts to kill Neeson and Kinnanmen’s characters. The tone of the film feels like a 70s throwback; perhaps it is the spectacular car chase scene reminiscent of the FRENCH CONNECTION or the shoot ’em up scenes devoid of Hollywood exaggeration. As good as the film is, it never escapes its own particular genre, but it is one helluva fun ride.