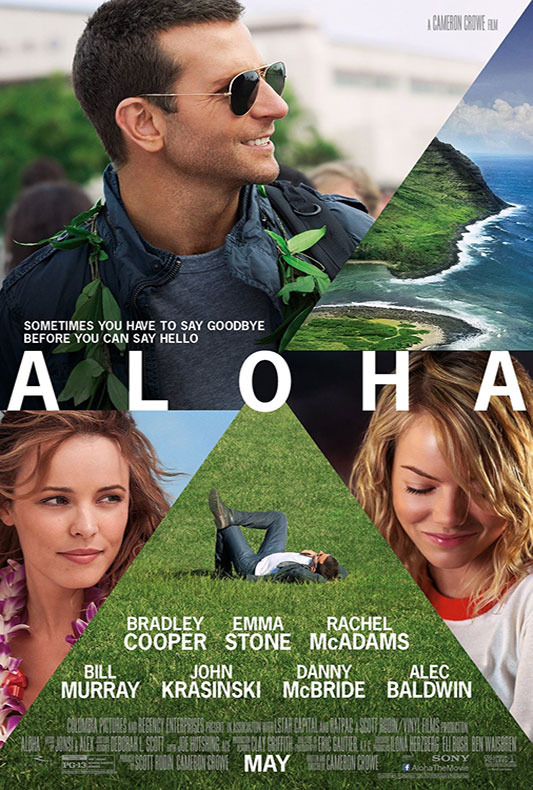 There are a lot of reviewers referring to Cameron Crowe’s ALOHA as a disaster. I think that assessment is disingenuous. I’ve seen enough films to realize that ALOHA is not a trainwreck. However, I don’t think this is a good film either. It is uneven, at times unfocused, and meandering. But there are some good things about the film, too. There are two scenes between Bradley Cooper and John Krasinski that are just brilliant. Cooper’s numerous interactions with Rachel McAdams character are also good. Emma Stone, who I really like as an actress, gets the short-end here playing a whiz-bang, golly-geez, quasi 1950s spark plug (think Superman’s Jimmy Olsen) that seems a little out of place and limits any potential chemistry between her and Cooper. 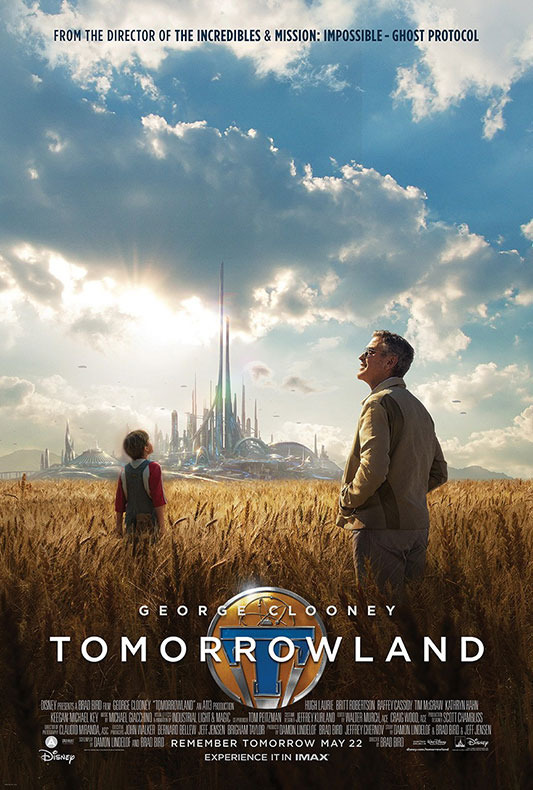 It’d be safe to assume by the way TOMORROWLAND starts that Frank Walker (George Clooney) is the main character, but that’s not the case. Matter of fact, it is this problem of establishing who’s story it really is that renders the entire film mediocre. The film’s main character is Casey Newton (Britt Robertson), and unfortunately for the audience her story doesn’t start until 25-35 minutes into the movie. By then you should be looking for a pillow and blanket for a nappy-poo. The film does get better as we follow Casey, and there are some good moments when she eventually meets Walker. But by then it is too late. Writer/director Brad Bird (THE IRON GIANT, THE INCREDIBLES, RATATOUILLE, MISSION: IMPOSSIBLE–GHOST PROTOCAL) is a great storyteller. Sadly, this one is a miss. 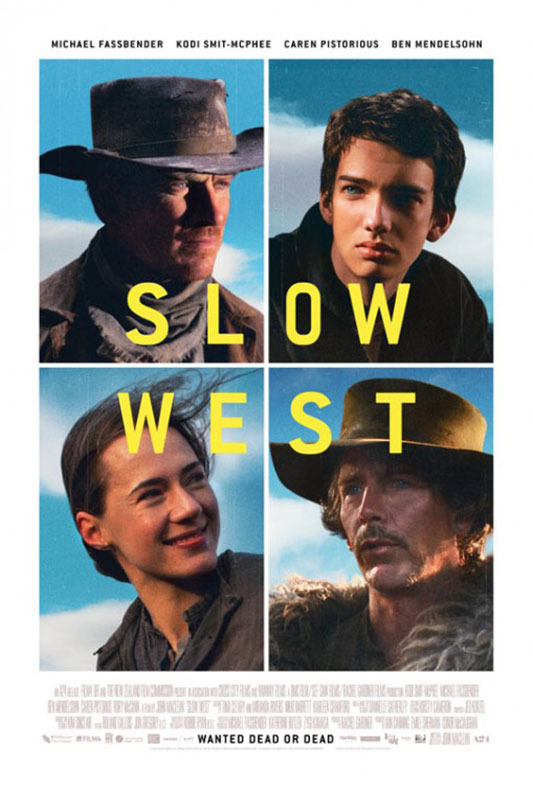 First-time writer/director John Maclean has crafted one of the best films of 2015–and it’s a Western! You can’t always say that about Westerns. This particular genre has specific rules that just about everyone knows. In order for it to be novel in a sea of films it has to be clever, and Maclean accomplishes this feat with humor, a good dramatic story, and an excellent cast. The film is set in the 19th Century American frontier. Jay Cavendish (Kodi Smit-McPhee ), a young Scottish man, travels to the United States and ventures through the midwest to be with his first love. Guiding him is the always amazing Michael Fassbender who plays Silas Selleck, a roguish fella with ulterior motives. Ben Mendelsohn who plays Payne, is the film’s resident bad guy. 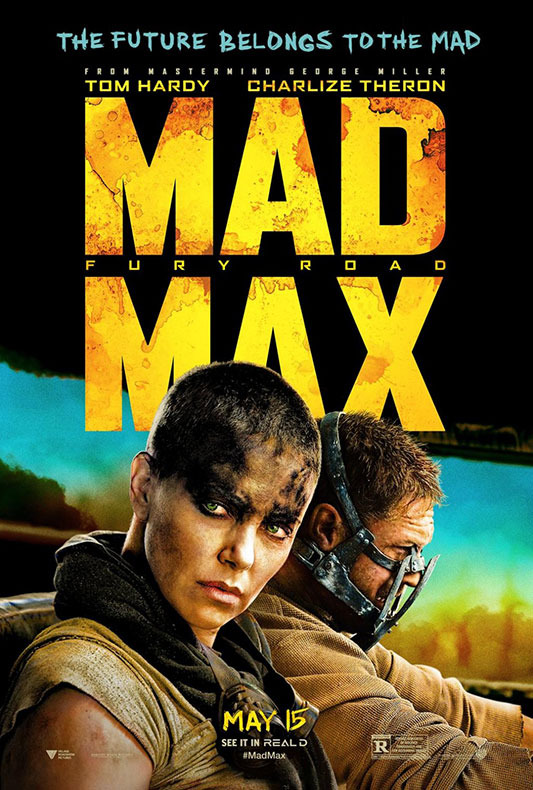 The MAD MAX: FURY ROAD story is shot out of a canon so fast that there is very little if any first act to this film. This structural deficiency, considered a minor one by the film’s rabid fan base, diminishes an audiences’ emotional connection to the characters. It isn’t until halfway through the film that you start to connect to Imperator Furiosa (Charlize Theron) and her mission. This lack of a first act would usually tank a film, but writer/director George Miller has created such an amazing apocalyptic visual feast with animalistic punk hordes and hyper-realistic action sequences, that the script’s limitations are virtually imperceptible. MAD MAX: FURY ROAD is a good, fun ride. Don’t wait for Netflix, cable or DVD. This is a film that must be seen on the big screen.

The summary on IMDbPro is “Yves Saint Laurent’s life from 1967 to 1976, during which time the famed fashion designer was at the peak of his career.” What the summary doesn’t tell you is that this film is a slog to get through. At 150 minutes a film needs to be dramatic and good, and this film is more depressing and morose. One of the very few saving graces in SAINT LAURENT is the actor Gaspard Ulliel’s performance as Yves Saint Laurent. He seems like he was born to play the part of the melancholic fashion designer. But the film portrays the man as if he never smiled… never had a happy moment. Who wants to spend 150 minutes with that guy? Even Ulliel’s dashing good looks can’t overcome that. This is arthouse wannabe. 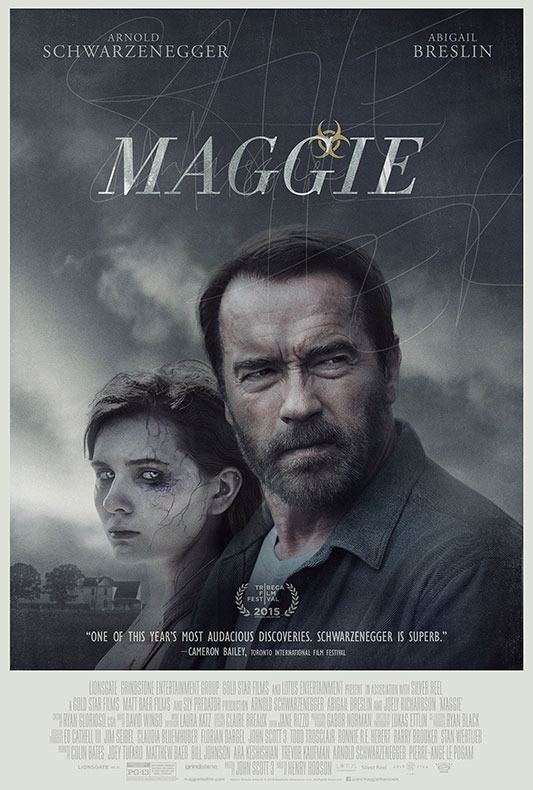 MAGGIE is being marketed as “not your typical zombie story.” There is some truth in that statement. However, the film is really more akin to dramatic weepies in which one of its characters is suffering from a terminal illness. In this case it is Abigail Breslin who plays Maggie Vogel, a young woman that is infected with a virus that will eventually end with her being a zombie. Her dad, played by Arnold Schwarzenegger, must determine how long he lets the disease take its course until he must inevitably euthanize Maggie. This seems like there would be enough dramatic tension to hold an audience for 95 minutes, but there is not. Sadly, the majority of the film is boring, and the ending that seemed inevitable is nothing more than a cop out. 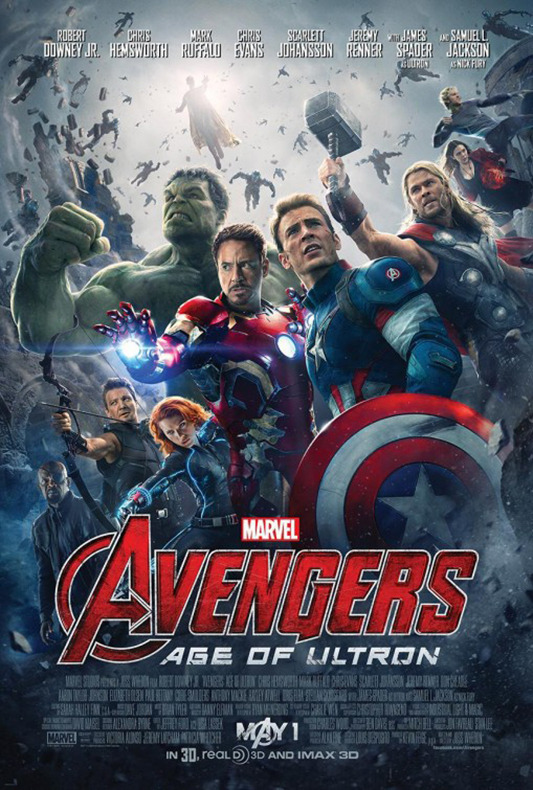 AVENGERS: AGE OF ULTRON has too many storylines, too many characters, and just tries to do too much in one film. Even with a running time of 141 minutes the film is unable to smoothly incorporate everything it is trying to tell. What the film gets right is the Whedon witty banter and the majority of the Marvel comic characters. Fanboys will definitely not be happy with Clint Barton’s (a.k.a. Hawkeye) departure from the comics and also the way Quicksilver is handled. However, I couldn’t imagine a better Vision (Paul Bettany) or an Ultron voiced by anyone else other than James Spader. The film is good, but suffers from the “World Will End” plotline that is all to common place in these big blockbuster superhero comic book movies.