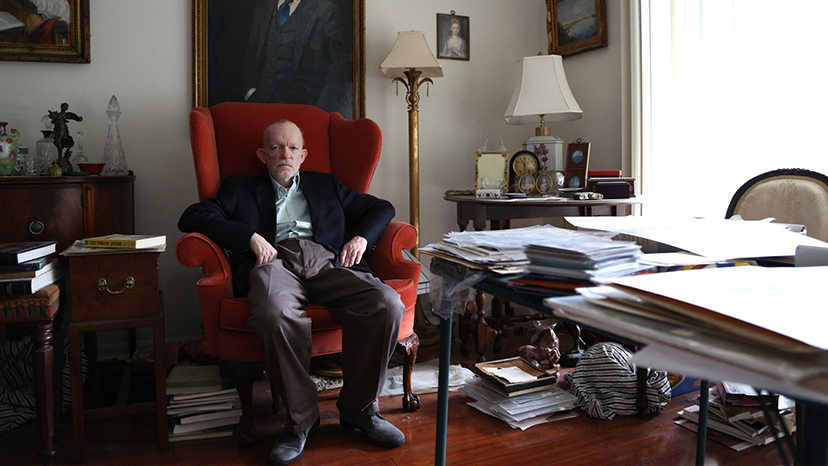 Mark Landis in ART AND CRAFT.

An engaging documentary about Mark Landis, a diagnosed schizophrenic, who gets his kicks duping unsuspecting museum curators into taking and displaying his donated art forgeries. Sam Cullman and Jennifer Grausman, the film’s co-directors and co-producers, do a great job of following the mischievous Mr. Landis, and giving the audience just enough backstory on him to understand his strange and compelling compulsion to gain recognition. Matthew Leininger, a tenacious registrar in Cincinnati, organizes an exhibition of Landis’ forgeries and invites the forger in hopes that he will stop donating his forged artwork to museums.