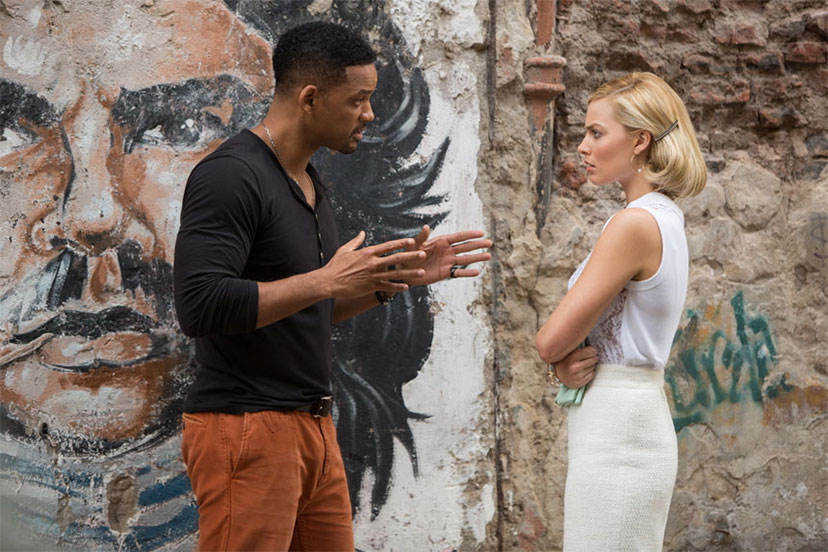 Will Smith and Margot Robbie star in FOCUS.

Rating: R (for language, some sexual content and brief violence)

Nicky (Will Smith) and Jess (Margot Robbie) are both con artists: Nicky, the seasoned and confident professional, and Jess, the wide-eyed rookie wanting to learn. Nicky adds Jess to his rather large team for the big football game (a Super Bowl-esque event) to hustle the large New Orleans crowd. They do what any con artists do in a major studio film: they make millions and have sex (the cons are good, the sex is pedestrian–it is Hollywood, after all). What makes this film fun is that Smith and Robbie do have good chemistry… it isn’t electrifying, but there are sparks. Writing and directing duo Glenn Ficarra and John Requa do a great job of keeping the film on the rails, and supporting actor Adrian Martinez is funny as hell.