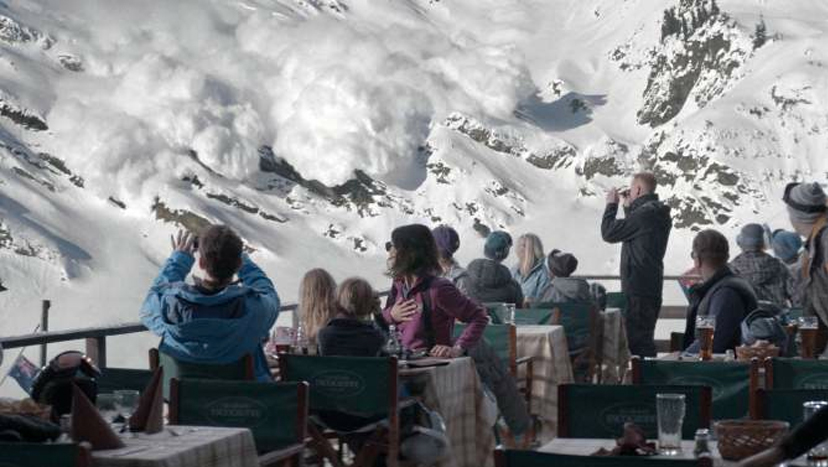 Director and screenwriter Ruben Östlund’s film, FORCE MAJEURE, the winner of 2014 Cannes Film Festival’s Jury Prize in Un Certain Regard, explores the fragility of the male ego. Tomas (Johannes Bah Kuhnke), the father of a model Swedish family on a ski vacation in the French Alps, has a flaw in his “masculinity” revealed when Ebba, his wife (Lisa Loven Kongsli), shields their two kids from an oncoming avalanche while he runs (first grabbing his iPhone) for personal safety. This single act of perceived cowardice threatens Tomas’ status as the family’s patriarch, and indirectly puts into question his manliness.