Glen Campbell : I’ll Be Me 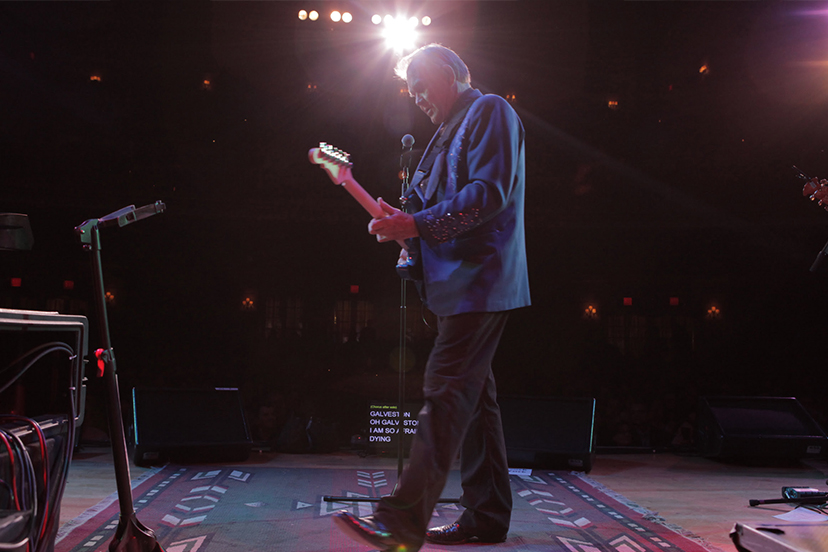 Glen Campbell in GLEN CAMPBELL: I'LL BE ME.

GLEN CAMPBELL: I’LL BE ME is a touching and tragic tribute documentary of the legendary musician. Campbell, who is in the early stages of Alzheimer’s at the beginning of the film, is encouraged by his wife and family to go on a music tour to promote his latest album. Surrounded by a few of his children that play in the band, the film documents the early concerts like a family home movie.  But the film’s poignancy comes later during some gut-wrenching scenes when Campbell is succumbing to the memory ravaging disease of Alzheimer’s during the last leg of the tour.