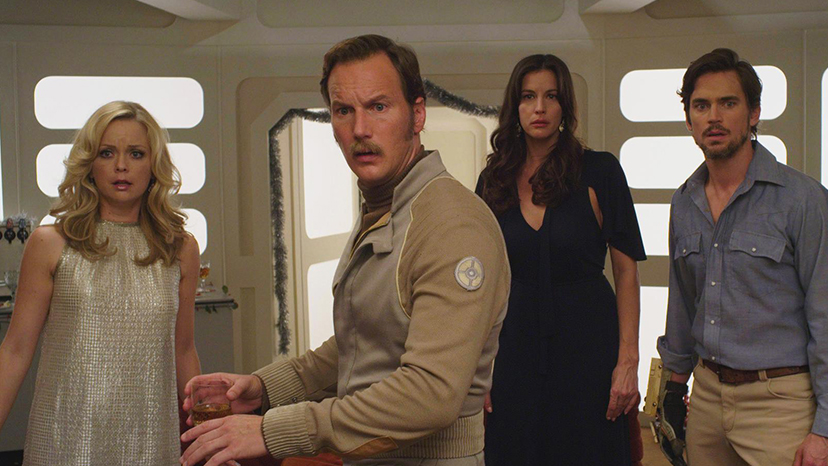 SPACE STATION 76’s production design is its only redeeming quality. As much fun and nostalgic it is to see the look of the 1970s on a space station, the film never escapes a clunky script that relies too much on clichés from the era. An interesting cast—Patrick Wilson, Liv Tyler, Jerry O’Connell—that never get a chance to have fun with its “Buck Rogers” TV sitcom set.