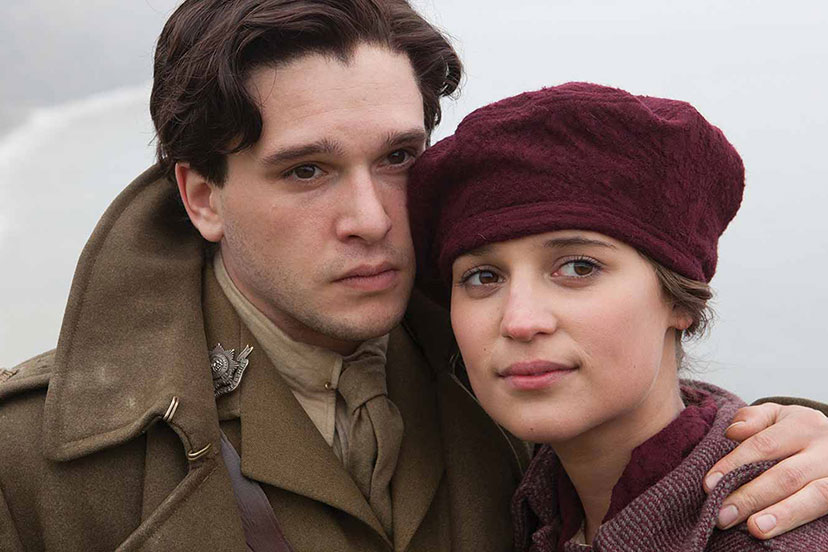 Kit Harington and Alicia Vikander in TESTAMENT OF YOUTH.

The TESTAMENT OF YOUTH is James Kent’s directorial debut and is adapted from Vera Brittain’s memoir set in England just before and during World War I. Playing Ms. Brittain is Alicia Vikander who is having a breakthrough performance kind-of-year with this film and EX MACHINA. Vikander is perfect as the young feminist who must demonstrate steel-like resilience in a male dominated era of hypocrisy. Kit Harrington, better known as Jon Snow on “Game of Thrones”, is also good as Ms. Brittain’s boyfriend. The film gets high marks for concentrating on the “at home” effects during a war and not the actual war. However, this is one of the film’s flaws that limits any true drama as Ms. Brittain’s men go fight a war. That said, the film is good.