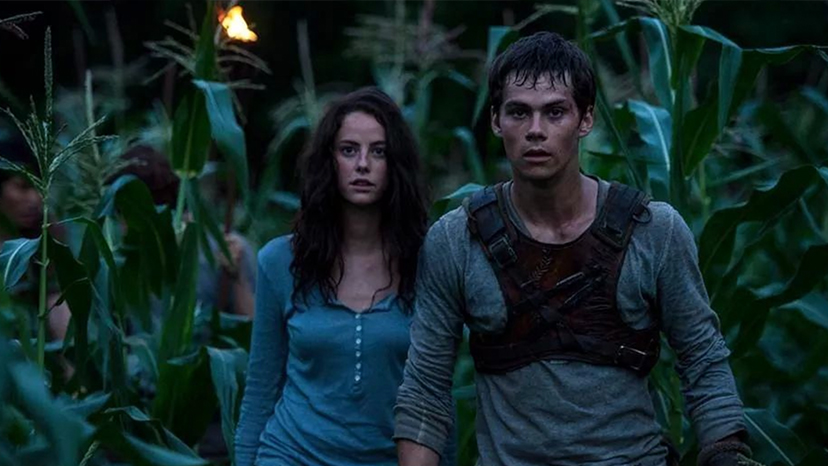 Dylan O'Brien and Kaya Scodelario in THE MAZE RUNNER.

If the LORD OF THE FLIES and THE HUNGER GAMES had a child, it would be THE MAZE RUNNER. As good as the aforementioned adapted films are, RUNNER is never able to outrun its silly premise. Based on James Dashner’s novel, the film centers on the arrival of Thomas (Dylan O’Brien) to an all-boys civilized village at the center of a maze. Thomas spearheads a small group through the maze, avoiding the spider-like killing machines that inhabit it, in order to go home. The closer the film gets to the ending, the closer we get to the silly premise that is THE MAZE RUNNER.